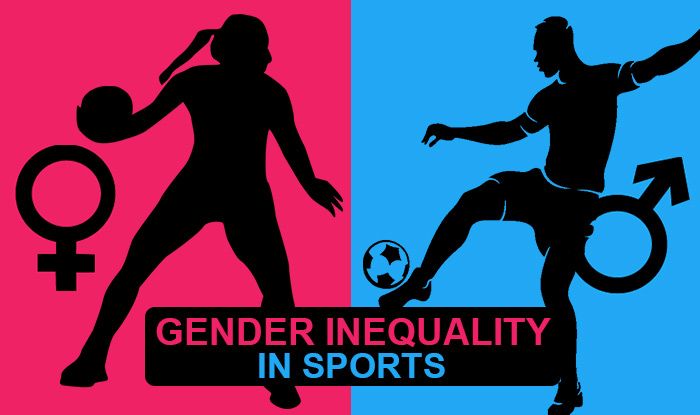 Over the past thirty years, female participation in sports has risen dramatically. Although dominant sport forms are still male dominated, the gap is closing and women are now taking on the same roles as men in sports. Women are starting to break apart from the stereotypes that sports for them are mainly a means by which to stay or become thin and beautiful and are now focusing more on gaining physical strength and endurance in order to progress in their sport. They are slowly breaking away from the ideas of what “” are imposed by men and are now revolutionizing the world of sport so that women’s sports have the same role as “men’s sports.” However, obstacles stand in the way of this transformation just like with any other revolution. There are people both males and females who do not want things to change because they are content with the current status quo, and as a result are hindering the steps taken forward in this reformation.

The principal issue in progressing female involvement in sports is altering the meaning of what most dominant sports are. The majority of dominant sports in the United States express “masculine” traits such as aggression and violence. Although females are more than capable of expressing these traits, it is more commonly accepted, almost desired, by society for them to be expressed by males. Why is this? That is up for opinion. However, a popular belief is that aggression and violence have been considered more male traits throughout all of history, and to change that is going to take some time. Moreover, males are typically brought up to express these behaviors more than women do. Therefore, there are fewer women willing to express these traits, thus keeping the majority of the “masculinity” for men to express, and therefore allowing it to remain associated with them. Another option women have to change the “masculine” viewpoints in sports is to eliminate masculine connotations altogether. However, to change the dominant sport forms from “masculine” to “less masculine” is not something that can just be done. They are the dominant sports forms because that is what the majority of society enjoys. Therefore changing them will have to be done willingly by society and not forced upon it in order for the change to be successfully accepted which will also take time and a lot of persuasion.

Another major dilemma that female sports are facing when it comes to being more highly recognized is their representation and level of authority in sports. Men are filling the majority of the administrating, official, and coaching positions, which give women less of a voice. This is a major issue since with the majority of the power being held by the people who are content with the current status quo, how is the status quo supposed to change? The answer to this seems easy at first, give women roles that are more significant. That is not as easily done as said, because the people handing out the roles are typically also people who are content with the current status quo, and if they are not, then more women would be brought into positions of power and we would not have this problem. This issue will be hard to get around, seeing how men typically have more connections in sports allowing them to obtain those positions more easily than women. Obviously as women slowly obtain these positions, they will be able to put more women in charge and thus over time, make their voices heard. However, until then, they will have to rely on other methods by which to gain equality.

One aspect of sport that is helping women gain power in the world of sports is increased media coverage. Although the amount of media coverage is still far less than what it is for men’s sports it has still grown exponentially over the years. This gain in coverage plays a big role in the advancement of female sports because it works as an “advertising” agent for them, allowing more people to get access to them and better understand and appreciate them. However, one of the main fallbacks to this is that the majority of people who watch, listen, or read about sports prefer to do so with men’s sports because they find them more competitive and thus interesting. This hurts female sports audiences and takes away from their ability to get their voices heard. As far as ways to resolve this issue are concerned, in my personal opinion, there is only one and that is to make the sports more interesting than male sports and take away some of their audience. How will females do that while still maintaining their respect? I do not know. Nevertheless, hopefully with evolution female athletes will be as strong, fast, and quick on the professional level as men. As we are already starting to see. The gap between men and women’s athletic abilities is slowly closing, eventually women will begin to obtain some of the world records, and as a result, there media coverage will be equal to men’s.

All things considered, our society has come a long way in regards to female recognition in sports over the years. Going from almost no acknowledgement to almost the same as men, and with time hopefully, that small gap will close as well. Just about everything that can be done in respects to legislation to help make females more equal in sport has been done, such as Title IX, now it is only a matter of time before society gets fully accustomed to these adjustments and realizes all that female sports has to offer. Nonetheless, until then their will be unfair accusations in regards to females appropriate involvement in sports which cannot be avoided and will be heard over the few voices speaking out attempting to make things as fair as possible, knowing that someday what may seem like futile attempts to gain respect will pay off and the equal acknowledgment will be granted.

Parents and Sports Can Be a Deadly Combination, but Not If You Know How to Behave